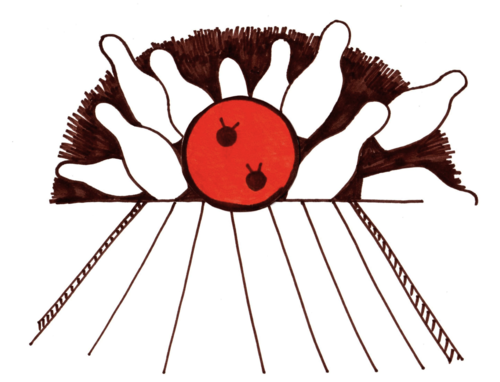 Ask someone – especially an accountant, management consultant or an MBA (God forbid NOT all three in one) – “why do startups fail” and in all likelihood they will give you the text-book answer: “because they ran out of cash”. Wow, thanks! Glad to see your $180k education taught you something dude! It’s a bit like asking a doctor “how did he die?” and get a reply “because his heart stopped beating!”

The question of course is “WHAT leads to that point?” Ask them again and they will probably say “Ooooh.. you mean the causes that led to that ?! RIGHT. Bad cash management? Gotta be it”. Imbeciles!

I can guarantee you that most founders who ran out of cash are hardly surprised when it happens. Ok there will always be the ignorant few who live on cuckoo-land thinking they’re sky-rocketing and one day wake up going “oh shit.. where did all the cash go? Maybe I should’ve been spending more sensibly“… But in most cases that’s not what happens. It’s a much slower and more painful death.

So what leads to it?

This is Part 1 of my answer (in the sake of keeping the blog post short yet thorough) compiled largely from testimonials of other entrepreneurs I’ve had the luck to meet and hear their story, including my own (even though we never technically failed, the fact that we turned it around and made it work doesn’t change one bit the lessons learnt)

Every failed startup has made a detrimentally wrong hire somewhere along the way.. and in most cases they don’t even realise it. This is an often overlooked cause and certainly an understated one. Hiring the wrong person in a small team – even a junior person– can be the fastest route to failure.

Startups are like a religion… everyone – and I mean EVERYONE – has to believe in it so passionately to make it work. It only takes one person to kill that ethos forcing the founders to – at best – start all over again. Which inevitably means everything else suffers. The beginning of the end.

They say in the startup world you have to ‘fire fast and hire slowly’ (hopefully in reverse order)… I can’t agree with that more. So don’t startup in France 🙂 Well this is why startups in countries where it’s near impossible to fire people are so much less likely to succeed! I can’t help but wonder sometimes which planet the leaders of these countries live on.

Ask anyone why “Yahoo lost the game in search to Google” and the most frequent answers you will get are “Google developed a better search engine” or “better interface” etc… Recall that Yahoo turned down an offer to buy Google for $1m dollars in its early days. Bid mistake. Big. Huge!

So why did Yahoo lose the game? Paul Graham wrote a great essay recently called ‘What happened to Yahoo’. In it he supports that one of the main reasons why Yahoo lost is because they failed to realize that they were a technology company…they got carried away by the intake of dumb advertising dollars in the early dot com years and started thinking they are a media company. They developed a culture of MBAs and sales people with spiky hair walking around in cheap suits and pointed shoes telling their tech team what to do. You can imagine why they failed to attract the best talent.

As crazy as this may sound, your identity SHOULD NOT be defined by who your customers are. Common wisdom dictates the opposite – after all customers come first. That’s the first rule of business right? Wrong. Customers come and go and you will inevitably sell to the wrong customers at some point in your growth so God forbid if you let that define who you are. Which is what Yahoo! did. With the right team the wrong customers can be turned to right – you’ll find new markets, new verticals and survive. With the wrong team but the right customers… well all you have is business with the shelf-life of a yoghurt.

When Steve Jobs took control of Apple the second time round the first thing he did was separate his tech team in a building across the road from the main building, away from the distraction of ‘people in suits’ as he called them.. and in particular his finance people who were seen – up until that point – as the spearheads of the company. Why on earth would you consider a bunch of bean-counters as superior to the very people who build your product? I don’t get that. What was the Pepsi dude thinking – an accountant will create the new Fu**-off app or product that will revive the company and steal back their market share from the long-lost battle to Microsoft? Maybe he should have stuck to selling sugar-water.

At my company – PeoplePerHour.com– we certainly don’t think of us as being a ‘recruitment’ or ‘staffing’ company. I always refer to us as a tech company and we think, feel, behave and act like that. I often get asked why we see ourselves that way – well the above now explains it.

3. The fallacy of history and track record

One of the biggest fallacies in the world of investing is over-stating the importance of track record. Why is it that it’s rarely – if ever – the case that the new hot thing is built by someone who’s done it before? Ok, fair enough, you may argue that the odds add up to infinitesimally small; but still all the game-changing businesses around us – from Microsoft, Google, Twitter, Facebook, Apple, Dell – were built by first-time entrepreneurs, with no MBAs, track-record and the rest of it. In fact they were all dropouts – even Jerry Yang of Yahoo!

Again, ask your typical investor or a tried but-failed entrepreneur (of course the two being largely the same people) and they will say “luck” or something stupid like “they got the right VCs on board “or hired top management from the start bla bla bla”. That’s all bullocks.

The reason first-time entrepreneurs change the world is because THEY HAVE NO BAGGAGE to carry. They know nothing so they are forced to think for themselves, ask all the stupid questions and figure it out. They make use of the single most powerful and all-important trait in business: common sense. And unfortunately people who know too much or THINK they know too much – be it because they got some MBA that they think makes them invincible – leave common sense for last resort. They will always refer to some case study they read or past experience to tell them what to do or pull on their ‘network’ for advice and they inevitably screw it up. There’s a very good reason why history is not a good predictor of the future! Have they thought of that?