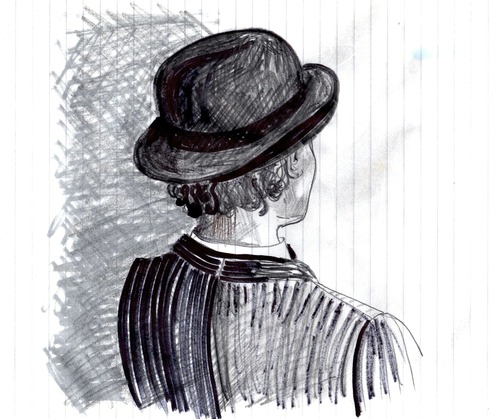 What i would do if i was Prime Minister (not that i’d want to!)

Not that this is any aspiration of mine. I think people who know me would probably agree that i am far too impatient and politically incorrect to run the country. Or any country for that matter.

I do however think that very little is done in terms of ‘out of the box’ thinking to solve our biggest problem here : Unemployment.

There’s £4.6bn being spent every year on unemployment benefits. There are 750 Job Centres employing 78,000 people scattered around the country. A few of the most common jobs offered are sales rep, carer, call centre agent which pay minimum wage of £6.19 phour.

And then picture this. Of he 2.51m unemployed and able to work, a whopping 99% are literate and  82.7% had some higher education beyond.

The average secondary school in the UK – we forget – is better than 90% of schools around the world in terms of basic teaching like writing and doing math. Oh – and coincidentally English is the universal language spoken by 30% of the world’s population.

So basically we have in our hands one of the best educated unemployed workforce!

Seen differently: those queuing up for taxpayers unemployment benefits, are better educated than 90% of the  people in China and India.

There are  over 2.25bn people in those countries who can’t afford basic tuition in Math and English. Skills that our unemployed educated workforce excels at. Yet instead of putting them to work online to export these skills cross border we pay them £4.6bn to sit on their ass doing nothing.

Here’s a thought Mr Prime Minister: That money could be used to get a computer for each those people, get them a broadband connection, and get them to work online, exporting the most basic commodity of all that we take for granted: our education. Basic skills like reading, writing doing math, to people who need it.

With that money we could subsidise a whole movement of getting people working online, getting them digitally trained and teaching kids across the world things we take for granted. And all the while, ploughing money back into the economy instead of taking it off hard working taxpayers.

With that money, Mr Prime minister, you could in fact help get the unemployed Brit online, working independently, and doing something with a real purpose, bringing money into the economy.

We keep relating exports to things you can make and touch. Or financial services of mass destruction.  We keep looking to the top of the pyramid: the industrialists and the bankers to fuel that to generate growth.

Yet the real answer is right under our nose. It’s in the skills that people like you, me and Joe Blogs next door have and take for granted and yet people across the world cannot have.

The answer is not in the upper classes but in middle and lower class Britain. That’s what makes us a developed economy. Emerging economies don’t have a middle class, that’s why the rich keep getting richer and the poor keep getting poorer. They lack the distribution channel inbetween that flattens the pyramid.

We have these people in Britain, we have these skills and we have the means to help other nations bridge that gap. But we keep focussing on the wrong things. And wasting taxpayers’ money.

An hour a day from each and every one of those unemployed people would result in  £13.8 bn of income online annually. Hell on PeoplePerHour people sell these skills around their working hours moonlighting and yet we have people unemployed in the good light of day queuing up in Job centres.

£13.8 Bn a year translates into an added 60 basis points growth to our GDP. At a time when we struggle to make 1% growth.  And how? By exporting good old english middle class education.

Instead we pay them to sit on their bums.

That’s the first thing i would do if i were Prime Minister. And then i would quit!