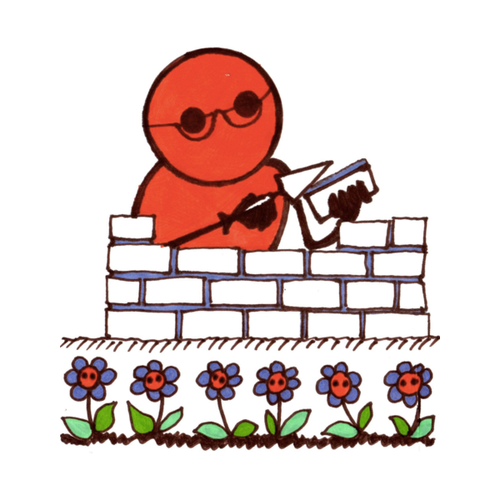 The amazing journey of building a startup

Building a startup is an amazing journey. You get to innovate, see your baby go from infancy to walking, talking and – in time – jumping through hoops. It’s an experience that opens yours eyes, teaches you a tonne about yourself and others and rewards you more than anything through the people your product touches and changes their lives.

But its tough work. Its tough and lonely. You have no one to turn to other than your co-founders (which is why its key to have one at least). You need to be a loner of sorts, have nerves of steel and the stamina of a bull.

There’s much talk and fluff around the phases a startup goes to become successful. I’ve read a lot of them and in my view they miss the best bits. So here’s my two pence from my experience in the journey:

1. Getting it off the ground

This is naturally the first big challenge and often the toughest bit. Delivering the ‘proof of concept’. You put your product out there and you are waiting for it to pick up traction. You are waiting for those ‘early adopters’ who will test the product, give you raving reviews, engage in discussion and –if you play it right – become your early ‘ambassadors’.

This early stage is key and irreversible. Its like putting the pillars in the house you’re about to build or the first things you teach your child – they will carry them for life. Make sure you seed your early users right, you stay close to them, you listen to what they have to say. That doesn’t mean you DO what they say – remember the old saying: “if Henry Ford listened to his customers he would have built a faster horse!”

The trick in these early days is to de-clutter the conversation and distill the real friction factors in the user journey. You will not built a seamless user experience from the start – take that as a given. There will be a tonne of things you get wrong. But equally users are not great at distilling the true pain points: its like the old joke of the patient who went to the doctor saying “doctor my whole body hurts, wherever I touch I’m in pain I think I’m dying” and the doctor says: “you have a broken finger”

Your job as an entrepreneur in these early days is to figure out where that broken finger is. Heal it and go back to your users saying “hey look we fixed this.. what do you think? “ They’ll love you, they’ll feel you’ve listened to them, they feel important and part of the process. That’s when your users start becoming a ‘community’. They join you in the journey – and make no mistake: you need them. More than you think.

So you’ve built some traction, your community is coming together nicely. You have engaged users who return to your site and – most importantly – go off and celebrate the experience and promote it to others. What next?

A lot of entrepreneurs at this stage take their eyes off the ball, they let their early success go to their head, they go out spending tonnes of time trying to raise VC money. That’s a deadly mistake.

If you’ve hit a cord with your users – well done – but its equally tough to nurture it. Measure everything you do – I mean EVERYTHING. Then figure out which ones matter the most and focus.

And here comes another common mistake. In picking the ones that matter, pick the ones that matter to your USERS first, not to the business. You will start getting ideas of things you can do to monetize – cool, go off and do them, as long as they maximize the user experience. If you start putting business metrics above user metrics at this stage you are over.

Measure your repeat usage fanatically, find out why those not repeating are not, what’s driving them away, start dissecting your users and decipher which ones your product appeals to first. You may find that it’s not the market you initially thought you were addressing. Make that your new focus, dig deeper in to your users psychology, get under their skin and understand what makes them tic. Build your product around them and for them.

The next phase for the entrepreneur requires the biggest mind shift. This is often the inflexion point where a lot of businesses fail because the founders fail to elevate from the scrappy entrepreneurs mode to becoming leaders who build an innovation engine that churns out the product.

This is really tough. You think: “what made me successful so far is digging in, being really scrappy, being very hands on, driving the product and innovation relentlessly”. You are in many ways a one-man band with support services around you. And that’s fine – in fact that’s more than fine, that’s necessary to get you off the ground. Teams don’t get a business off the ground – scrappy entrepreneurs do. But teams build them into world class products that over-ride cycles and reinvent themselves.

If you’ve got this far your role now has to change. Start by articulating your vision, make it clear and robust and communicate it with absolute conviction. You have to believe it first. A vision is not a dream. “We will be the next Google” is not a vision. Most entrepreneurs forget that those around them are not as visionary or entrepreneurial as them. They expect them to ‘get it’ just as they do. They don’t! And it’s your job to make sure they do.

Getting the vision smack on is crucial to both hiring great talent and retaining them. You need to get them excited, get them to ‘buy in’ to it. And that’s not just nodding in team meetings obediently. You know if they do when they start coming up with ideas of their own, when they start thinking, breathing acting like you. When you give them space to create and they do the things BETTER than you. That’s when you’ve successfully build an innovation engine that can build a world class business.

This doesn’t mean you should let go and be hands off. Product strategy should – and does in all successful companies I know of – stay close to the founders for as long as they are there. But the difference is you are now pointing people in the right direction and they go create. Let them know that mistakes are fine and expected. They will get things wrong and you wont always implement their ideas. But until that starts coming from within you will be like a loner dragging along the team. You need a team that marches with you, or you will be your company’s weakest link

So when is the right time? For those skeptics I’d like to share my experience here. We built PeoplePerHour.com with just over half a million pounds. We got it past the ‘tipping point’ with a raving community growing at 6x year-on-year, over 50% repeat usage, some great Press coverage globally and fanatical loyalty and brand awareness…and we did it with only 5 – 6 people: me, my cofounder, 1-2 support staff and 1 – 2 coders.

The downside is that it took a while – there is no doubt that money accelerates growth. But it can equally lead to early careless and detrimental mistake. You can’t jump-start the process. You have to go through each phase and the discipline you gain in building a startup with little cash is something that will pay back multifold and define you as an entrepreneur and a business.

It took us just under two years of slowly but relentlessly chipping away at it little by little to get to that point. It was painful. And really tough at times especially before you hit that tipping point. It’s like being out at sea in a boat with a tank half full not knowing where the shore is. It’s tough. And more importantly – tests your personality and the bond with your cofounder.

Of all the things we achieved to date I am most proud of this one thing: that in that time when we were out at sea we never – not once – not even in the worst of storms and believe me had a few – we never even contemplated giving up. Not once.

We weathered the storm. And THEN we raised funding. We raised in total £5m from a mix of superstar Angels and Index Ventures which is the leading VC in Europe and Silicon Valley. And we did it our way.

So don’t rush. Dig in, roll up your cuffs, start chipping away, don’t take your eyes off the ball, don’t distract yourself with “what-ifs” and “could-bes”… cherish the tough times for they are the ones that become your pillar-stones. If people leave don’t get disheartened – the storm is not for everyone. Be glad, this is a test of tenacity and grit. And those who don’t have it should just go get a job. Stick to your guns and keep chipping. If you focus on the right things – building a great product for your users – you will prevail.

And never ever – I mean EVER – give up. Don’t even think about it. If you’ve thought about it, it’s already over.