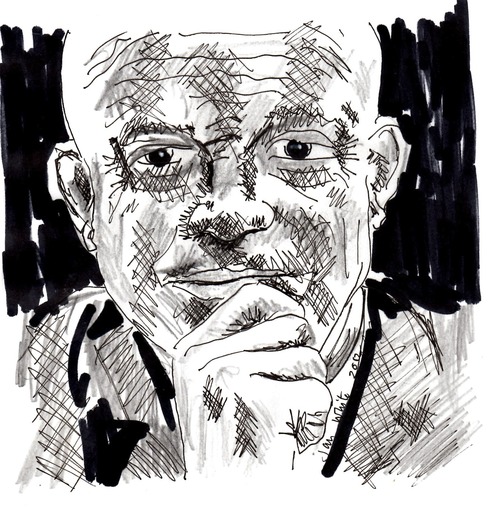 Lessons on leadership from Dwight Eisenhower

The cliche “managers do things right; leaders do the right thing” is spot on.  And it’s a bitter lesson to many startups founders who don’t scale to lead instead of managing and watch their business crumble (or get ousted as CEOs).

Why do so many entrepreneurs struggle making this transition? They are by nature problem-solvers, scrappers, master-tacticians, people who get things done quick and dirty; survivors who scrape by. A crucial skill to get a business off the ground and prove a concept; the wrong skill to scale (at least on its own).

One of the hardest things for a founder is to let themselves to step back, let others do the management so they can focus relentlessly on one thing and one thing along: figuring out the right next step for their business. And leading their organization by focusing everything and everyone around them to that destination.

I must have read dozens of books and probably hundreds of articles or blog posts on this topic. But the best single source of material to me on Leadership is this movie: IKE, Countdown to D-Day which shows a captivating close up of  the events just before the Invasion of Normandy in World War 2. More than a factual recount the film is a telling of the psychological dynamic that the leaders of the Invasion and in particular Supreme Commander Dwight Eisenhower (played brilliantly by Tom Selleck) in the run up to the event. It displays true leadership at its best.

Here’s some of my key takeaways which I also believe apply in business (and hence its no wonder that some of the worlds greatest business leaders came from the military):

Much like Eisenhower in the invasion of Normandy…the movie opens up  with the scene where he virtually threatens Winston Churchill (then prime minster of the UK) that unless he has the absolute authority above all commanders (effectively creating the first ever role of Supreme Commander in Chief) he would walk out. Churchill grudgingly accepts.

But more than demanding on authority it’s the reasons behind it (often confused) that show why he was a true great leader. This is “one war, one commander” he told Churchill. A committee of generals can be stifled by politics and stuck in indecision. When lives are at stake, someone must be able to take a big, bold decision. Unilaterally.

That is as true of war as it is in any leadership situation. Indecision and bureaucracy are a killer, which is why there needs to be a bold leader with the audacity to make the difficult decisions when needed.

I’m not a master historian but I would guess that this move by Eisenhower was probably the single most important move that saved the World from Hitler. Probably why the movie opens up with a dramatic recount of the scene.

Again in this opening scene Eisenhower challenges Churchill to think of who else could be supreme commander. General Montgomery who was the head of British forces was the obvious second choice. Churchill quickly ruled him out on the premise that he is “far too in love with his own image”. And this I feel is probably the biggest pitfall of some otherwise great leaders. They are driven first by their ego and self-promotion, not the purpose they serve.

On the contrary, Eisenhower was fiercely reclusive and media shy. Several attempts by his Chief of Staff to have him address the public failed miserably. “The people need to know their leader” he kept saying – which is a fair argument. To which he responded “its no time for publicity”, remaining focused on the job at hand.

Equally, when the generals were to present to the Queen of England the master plan, Eisenhower did just a short intro and let Montgommery take over and do the presentation. He was in essence playing to his ego, letting him take all the credit in from of his Queen.  A cunning Churchill lent over and whispered in his ear “smart move, putting Montgomery left right and centre”

Often confused: but again, brilliantly pictured in this movie. When one of Eisenhower’s oldest and best friends gets drunk one evening and starts a row which ends up compromising some state secrets, he fiercely sends  him back home on shame without blinking, despite pleas from his friend to show mercy.

Yet, what Tom Selleck so ingeniously reveals in the movie is how this absolute, totalitarian, ruthless leader was first and foremost a human. Deeply driven by the cause and purpose he served, marching through walls to get to the result fiercely and taking no prisoners on the way (in this case literally). He shows his thoughts and recollections  when alone, when his guard was down, revealing the complexity of his thoughts and emotions behind the hard exterior.  The deep empathy he had and concern for his people. And I believe that is what creates an aura around a leader – detached from the words and actions he takes – that attract people to follow him.

My favourites scene is where he goes to meet the parachuters before the legendary jump in the invasion on D Day. At that time estimates were that 70% would be dead and only 30% would survive.  Can you imagine – going to talk to a bunch of young people knowing that you are sending some 70% of them to their grave.  The Seargent prepares the parachuters before the Commander arrives, telling them to keep all conversation strictly business and not personal. Yet Eisenhower does exactly the opposite, asking them about their personal life, making them feel human again, giving them hope, something to remember and look forward to returning to.

From the image portrayed of Montgomery in the movie (a brilliant tactician but very cut and dry, taking himself and his image far too seriously and self-absorbed in his own glory) I can imagine that scene being totally different had Montgomery been Supreme Leader. I can imagine it being strictly business, lacking colour, life and  humanity. Robotic and dry.  And far far less inspiring and effective.

Driven by higher sense of purpose

And this – in the end – is the number one reason why people follow some and not others. Its not so much their brilliance, their tactics or ability to win, or how they reward them; It’s how they inspire them as people who – whilst tough and ruthless – they remain totally in tune with their surroundings, with theirs and other people’s emotions, they don’t necessarily show sympathy but they have empathy. They get under the other persons skin and understand how they feel and why.

Their ruthlessness comes from their deep commitment to a higher cause. A sense of purpose that’s grander than their own. And nothing gets in their way of getting there, not self-interest, not self-glory. It’s all about that higher purpose.

One of the biggest decisions Eisenhower had to face in the events leading up to D-Day was whether to keep to the original date of 6th of June or push it back (as his other commanders were advising him on) due to bad weather. He took the decision to keep the original date and move ahead.

The movie shows scenes where Eisenhower goes a-wall on his meteorologist for not being able to give him more precise predictions.  As a typical leader he is ferociously demanding – even in regards to matters where no one has control over like the weather.

Yet in the end he wrote a very moving short note that he gave to his Chief of Staff saying “if it all goes pear shaped give this to the Press”. The note said that the decision to keep to the date was his and his alone, and the (would be) failure of the Allied forces is entirely his fault.

Of coursed the note never made it to the press as the Allied forces won the war. And I am pretty sure that its largely thanks to the great leadership of this iconic man (who as we know later went on to become President of the Unites States)

The man behind the commander

The movie leaves you with a deep respect about this man who took on the biggest challenge of Man to date all on his shoulders to save us from Hitler. Even though not much is shown about his personal life, I imagine him to be a deeply reclusive person, a loner of sorts, one who spends time recollecting and thinking, a man of a few words and many actions, many done silently in the background. His power and aura can be easily confused for arrogance but in he was clearly a man of great humility, empathy, compassion and deep respect for mankind; wholeheartedly committed to a purpose and a cause that he sacrificed so much for.

If only the world had more leaders like him.