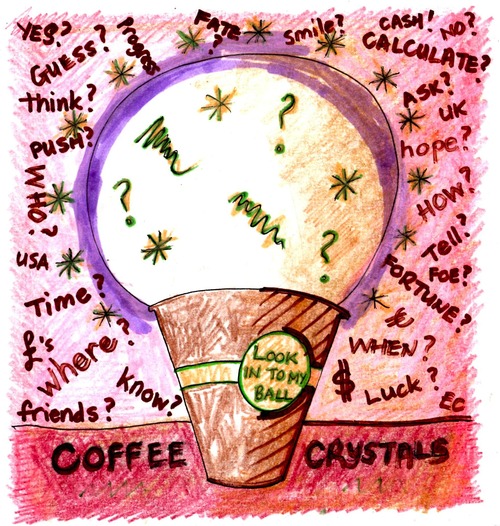 I just finished reading Howard Schultz’s book ‘Onward’ in which he tells the story of how he returned to the CEO position at Starbucks around a decade after stepping down to save it from its downward spiral.

It’s an exhilarating read… and a story of how – once again – a great leader returns to save the company he created, and does it with courage and brevity and a commitment to a higher cause than just saving a failing company. Much like the story of Steve Job’s return to Apple, it’s a story of how passion for the purpose the company once served dies after a great leader departs, and how that’s restored through a series of controversial very non-text-book type moves. That’s what makes it a great read!

I won’t spoil the read for you by giving it all away…I’ll just share some of those moves that really stood out for me as signs of courage and great leadership. At least how I read them.

Getting your hands dirty

One of the first things he talks about is how he realized the organization turned into a management-run bureaucracy where its leaders lost touch with the detail on the ground.  In order to re-instill this startup culture of keeping your hands dirty Schultz got a big picture of a pair hands stuck in mud and put it up in his boardroom to send the message first and foremost to his executives.  A simple unimportant move yet a great way of saying “lets cut the crap and get back to basics”.

Founders who’ve gone through the early stages of building something from the ground up have that mindset deeply anchored inside them and can’t get rid of it, they are grassroots self-starting master tacticians who more often than not struggle to get out of the detail than back in it. Schultz realized that at a time of crisis there was nothing more important than re-instilling that mindset across the organization.

Schultz built Starbucks by having – as most founders do – an immense passion for the purpose the company they start serve. Great founders are driven by a sense of purpose that is higher than their own.  For Shultz it was coffee and bringing quality coffee to America, the way he was first inspired in that landmark trip he made to Europe that convinced him that ‘this needs to come to America’.

Before taking the CEO role again he realized that the company had lost that passion. The management had developed a culture driven by numbers and individual store performance, not the purpose they served. He tells the story beautifully of how he would go around different Starbucks stores and find them selling all sorts of other things that had nothing to do with their purpose – they were just selling them because they could. The store manager got a pat in the back for delivering extra numbers. He talks with great passion about how the toasties spoilt the atmosphere in Starbucks stores by exuding a smell of melting cheese – not what you want to smell when you walk into what’s supposed to be a premium coffee store. Again – toasties sold!  They delivered numbers.

On his return he banned sharing comp. sales metrics amongst his  management team to remove the focus from numbers. A big bold move for a retail company and one that was trying to rewind a downward spiral. Conventional management theory would say ‘keep an extra close look at the numbers in these difficult times’. Yet he chucked it all away and worked at restoring passion for what they do. Coffee. He was convinced that bringing the passion back would bring the numbers by itself. And he was right

Again at a time when a company is falling down you would have thought that watching that bottom line, cutting costs and generating as much cash as possible is the thing to do.

In a big bold move what Shultz did is announced a country-wide closure of all the stores to perform staff training. And to deliver standardization and consistency he decided it had to be done simultaneously, with him talking real time to his team. The agenda: how to pour the perfect cup of espresso! Can you imagine how much that cup cost them in lost sales across the country?!

Again, going back to basics.  No management fluff or pie in the sky rhetoric. Just going back to basics. Much like Steve Jobs did when he joined apple and realized they lacked focus because they were producing everything from computers to printers and PDAs. Until he scrapped it all and returned to 4 product lines that mattered.

But this move by Shultz was also great for another reason. It sent a very powerful message. It said ‘screw sales, the quality of coffee we serve matters more.’ It sent a message to his team that their job mattered.  That getting it perfect mattered. That they were serving a purpose higher than their own.